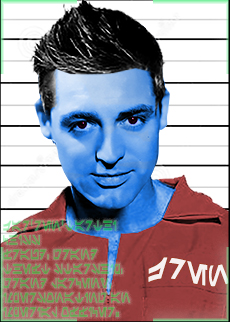 Prisoner Statement: Firstly, and permit JRen be abundantly clear. JRen is blameless of these heinous crimes. Yes, it is true that JRen was found amongst the rubble, within the Banking Clan vaults on the Moon of Erasmus; but JRen was a victim of circumstance; tricked by a treacherous and villainous Trandocian. JRen was simply a sightseer, who had heard of the luxurious architecture of Erasmus and wished to enjoy it’s opulence. Have you seen the magnificent columns of Erasmus? Designs without equal or comparison on all the worlds of the Empire?  No? Well you are a little late; but trust JRen, it used to be magnificent.

Why would JRen steal?  JRen was born to a Noble families of Aristocra. JRen wears shoes more expensive than any droid; Hats more costly than a luxurious light freighter. Rings that are said to be the equivalent to the Global Economy of a reasonably sized Outer Rim planet.

You say that JRen was the leader of the notorious J’Ren Syndicate; but where, JRen asks is proof of this? Yes, JRen is as handsome and charming enough easily run an intergalactic criminal endeavour; but nobody knows who runs the J’Ren Syndicate. It’s mysterious and charismatic leader is to this day, a mystery.

Don’t be foolish silly guard, it is clearly spelt differently.