We currently running two campaigns, switching between the stories at the end of each chapter. The Coldfire Chronicles is run by Adam and tells tale of a group of escaped prisoners on the run from a member of the Inquisitorius and searching for the Jedi Knight Daveron Coldfire, and the Shadows of the Jedi run by Ed Fortune which tells the story of a group of unlikely friends and their adventures on a forgotten planet on the edge of Wild Space.

Adam is the Patron Saint of Insomnia and like all English patron saints, his origins date back to an obscure Eastern European sword-wielding maniac. Adam was in the original

edit of Star Wars but was replaced by a rambunctious CGI Ronto in 1999 version.  You know the one.

Adam still cannot believe it isn’t butter, even after all this time.

Adam is the host for Force Majeure, the GM of the Coldfire Chronicles and plays Tikus Barr; the Besalisk Arm7ourer on Shadows of the Jedi. He can be found on twitter at @maddambeltaine 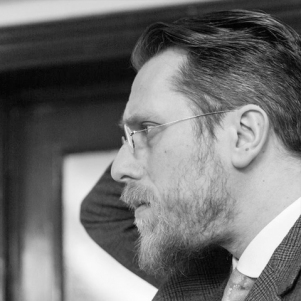 movies. Mikey can put 13 bags of popping candy in his mouth at the same time and emphatically does not recommend that you try this and put the subsequent carnage on YouTube. He currently has three ferrets and two cats.  His daughter is named after his favourite Pokemon and Social Services are apparently okay with that.

Mikey plays J’ren in the Coldfire Chronicles and Kay in the Shadows of the Jedi. Mikey has twice been allowed to run an end of season one-shot. He might GM more in the future; who knows?  He can be found on twitter as @weaselpunk.

Mim is never more than six yards away from all hot cups of tea. She insists on always fighting left-handed, fearing that battles against her will be over too soon – if she is 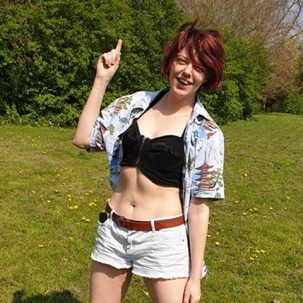 forced to use her dominant hand. Mim had a small role to play in the classic film “The Warriors” – which was impressive when you consider that it came out several years before she was born. Mim’s favourite Star Wars movie is the one with the Ewoks in.

No, the other one.

Mim plays Lasa in the Coldfire Chronicles and the B1 Battle droid R-01 in the Shadows of the Jedi. She can be found on twitter as @mimskymim

Ed Fortune was born in space; just like everybody else.

It is unlikely that Ed Fortune is a Polar Bear secretly dressed in an elaborately designed Ed Fortune costume, but that’s

only because it is not a secret. Ed Fortune knows a lot of words and has put them into an order that people enjoy professionally. Of the entire cast;  Ed Fortune is the most likely to be a Time Lord; he certainly dresses funny and keeps trying to lure me to his shed for adventures.

Nobody knows why Ed Fortune is the only one of us with a last name.

Ed Fortune is the GM of the Shadows of the Jedi  and plays Auberon Bryck – a Human Hunter Seeker with a dark past embroiled in the higher echelons of Imperial Politics on the Coldfire Chronicles.   He can be found on twitter at @ed_fortune

Ross is technically not a Muppet; as he was created for the animated “Muppet Babies” cartoon and never properly realised in fuzzy felt. Ross denies being brought up by 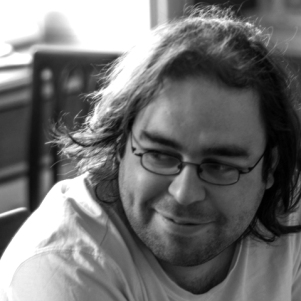 Wolves, but we all know the truth. Ross has never lost a game of Rock-Paper-Scissors;  which is even more impressive when you realise that he always picks Paper. Ross was born under the Star Sign “You are Here”

Ross can watch a DVD without using a DVD player, but is reluctant to do so as this scratches the disc.

Ross plays the Mirialian Warrior Aggressor Agatha in the Coldfire Chronicles and Doctor Smechs Kooram Dinslua in the Shadows of the Jedi. He can be found on twitter as @narrativium